Ep48: Way Back Wednesday & Update on AWAKE with Christy Wynne 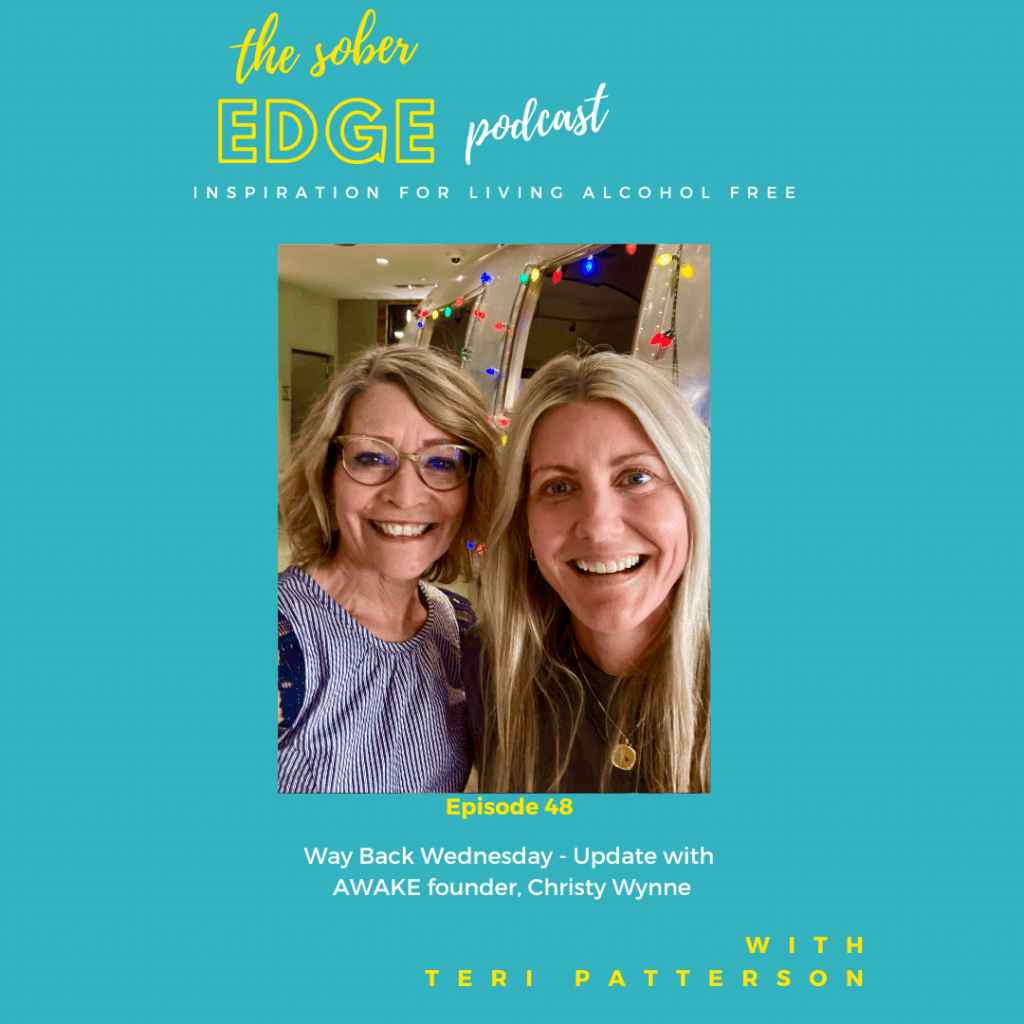 I have something special and unique for you today. I am sharing a previous episode that I recorded as one of my first episodes. In fact, it was Episode 2 where I interviewed Christy Wynne, the founder and owner of AWAKE Denver. I have been promising myself that I would have Christy on for an update because so much has happened since we last spoke.

Christy and I had a beautiful and inspirational conversation in October of 2021. Now, after visiting the AWAKE location and catching up with Christy IRL, I wanted to share the original episode with a short update. In this episode, Christy shares an update on Awake and the recent closure of their Denver location. She shares candidly the pressure of being at the forefront of a movement,redefining success, and her hopes for AWAKE 2.0. And on the verge of turning 50, Christy talks about what it feels like to simplify her life.

Original Show Notes:
What does it mean to become fully awake? Our guest, Christy Wynne, shares her story on today’s podcast. Christy has a background of practicing integrative medicine as a physician assistant, with a strong interest in hormonal health, nutrition, nervous system regulation/neuroscience, mindfulness, trauma and radical self care. She believes in taking a holistic approach to uncover the root cause of any disease or behavior.

Christy decided to become free from alcohol in 2018 and is now a senior coach with This Naked Mind. She is the co-founder of Awake, the nation’s first full-service alcohol-free bar in Denver. Christy lives in Colorado with her husband, two kids, two dogs and a cat, where she enjoys all of the amenities of mountain living when she’s not pursuing her main passion of world travel.

In our conversation, Christy shares how she and her husband stopped drinking while living abroad and how Europe became the inspiration for their alcohol-free bar, Awake, Denver. She talks about the power of community and where she has found connection and inspiration through new friends and sober retreats. Christy tells us more about the founding of Awake, Denver and the impact it is having on the local population and the larger alcohol-free community. Christy shares her secrets to finding freedom and how learning to trust ourselves is the most important part. 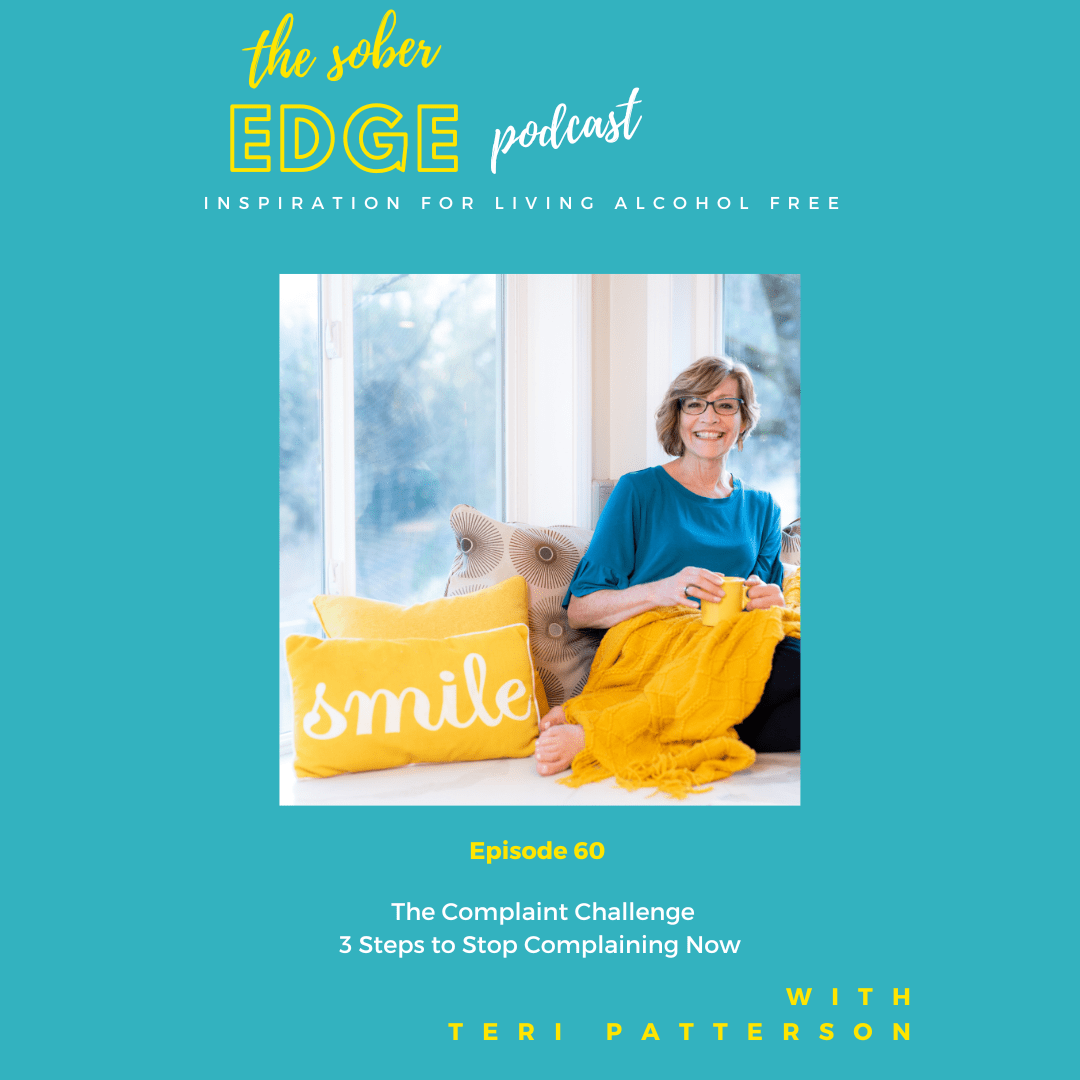 Complaining, Venting, Whining...whatever we call it we all do it! Complaining is never helpful and often annoying. It can be an energy drain mentally, physically and spiritually. So how do we stop complaining? In today's episode I am going to share 3 steps to breaking... 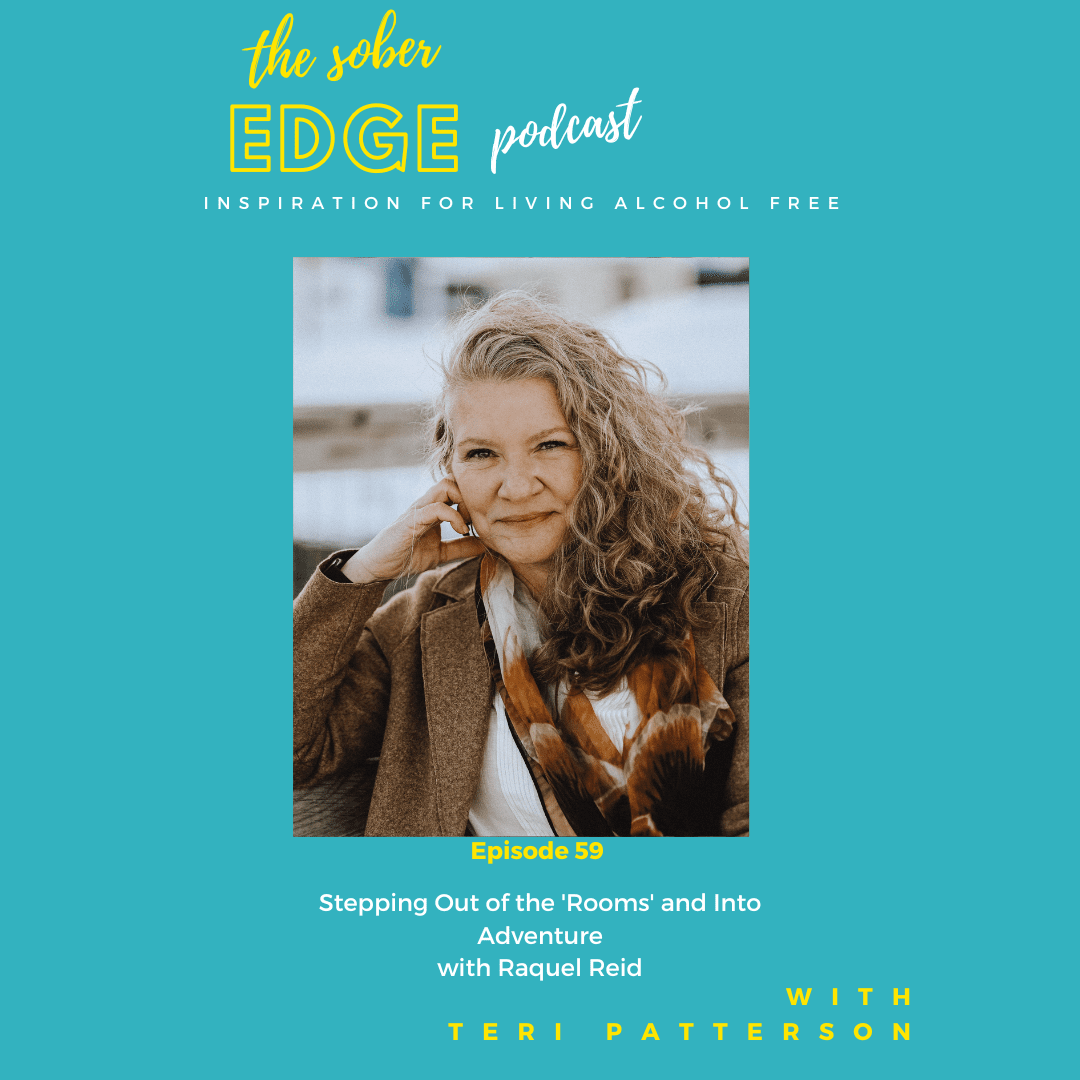 Stepping Out of the ‘Rooms’ and Into Adventure with Racquel Reid

This episode highlights one woman’s journey through AA and beyond. During the course of this conversation, my guest, Racquel Reid will share her story of recovery and the benefits and, for her, pitfalls of a traditional 12-step program. Racquel shares openly about the... 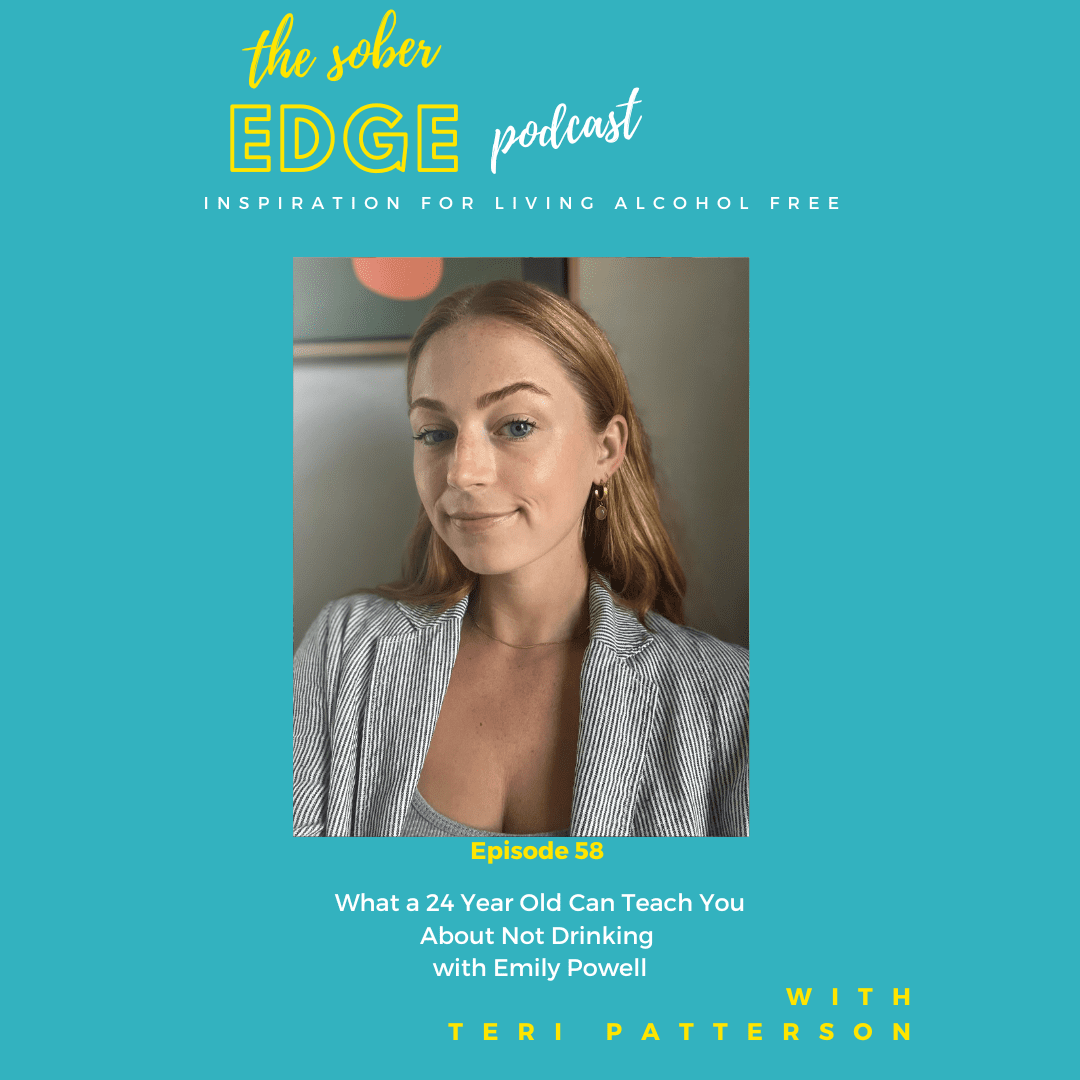 Ep 58:What A 24 Year Old Can Teach Us About Not Drinking

What can a 24 year old teach us about not drinking - plenty! Emily Powell shares her sober curious journey with the fresh perspective of a recent college graduate and a clinical mental health therapist. We talk about what it’s like to stop drinking when you’re young... 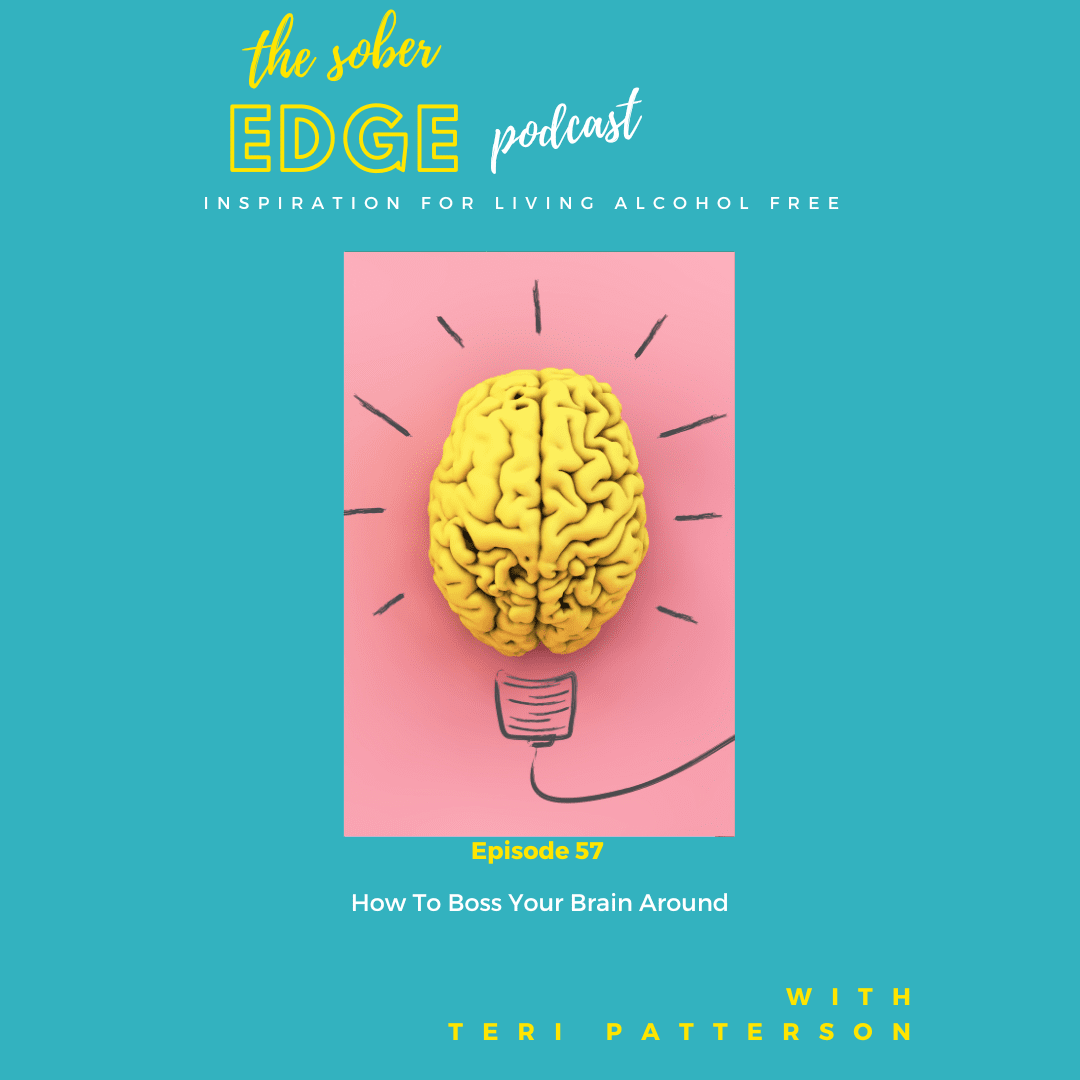 Episode 57: How to Boss Your Brain Around

Is it possible to Boss Your Brain Around? Absolutely! I do it all the time. And, I want to share with you why it is so important and how you can do it too! In today's podcast I will share some stories from my own life and some examples from my clients (anonymous of... 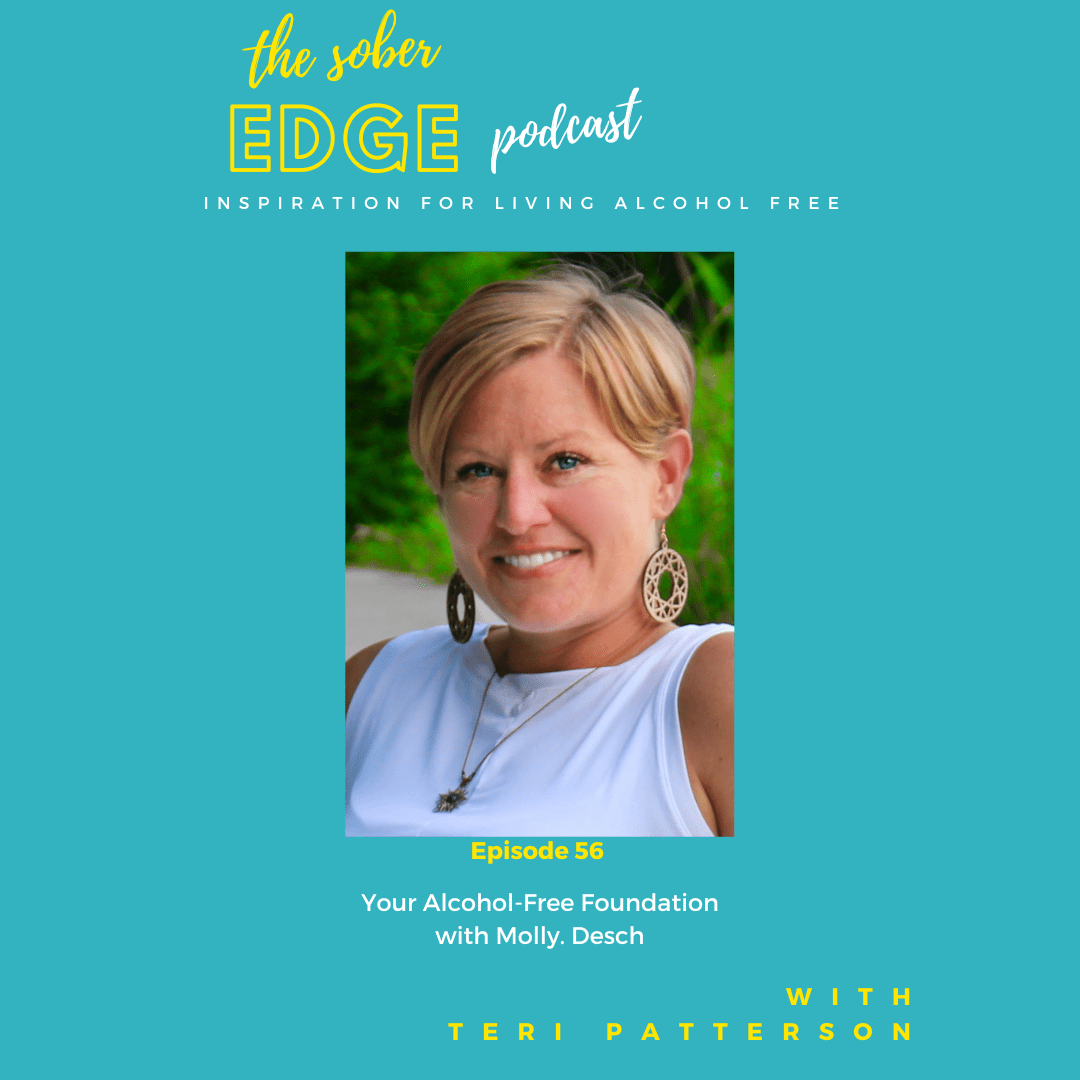 If you have ever tried to make a change, whether it is a habit or a routine or a change around alcohol, one key component is laying the foundation. Having that solid foundation is the difference between trying to balance on a stool with two legs vs a stool with three... 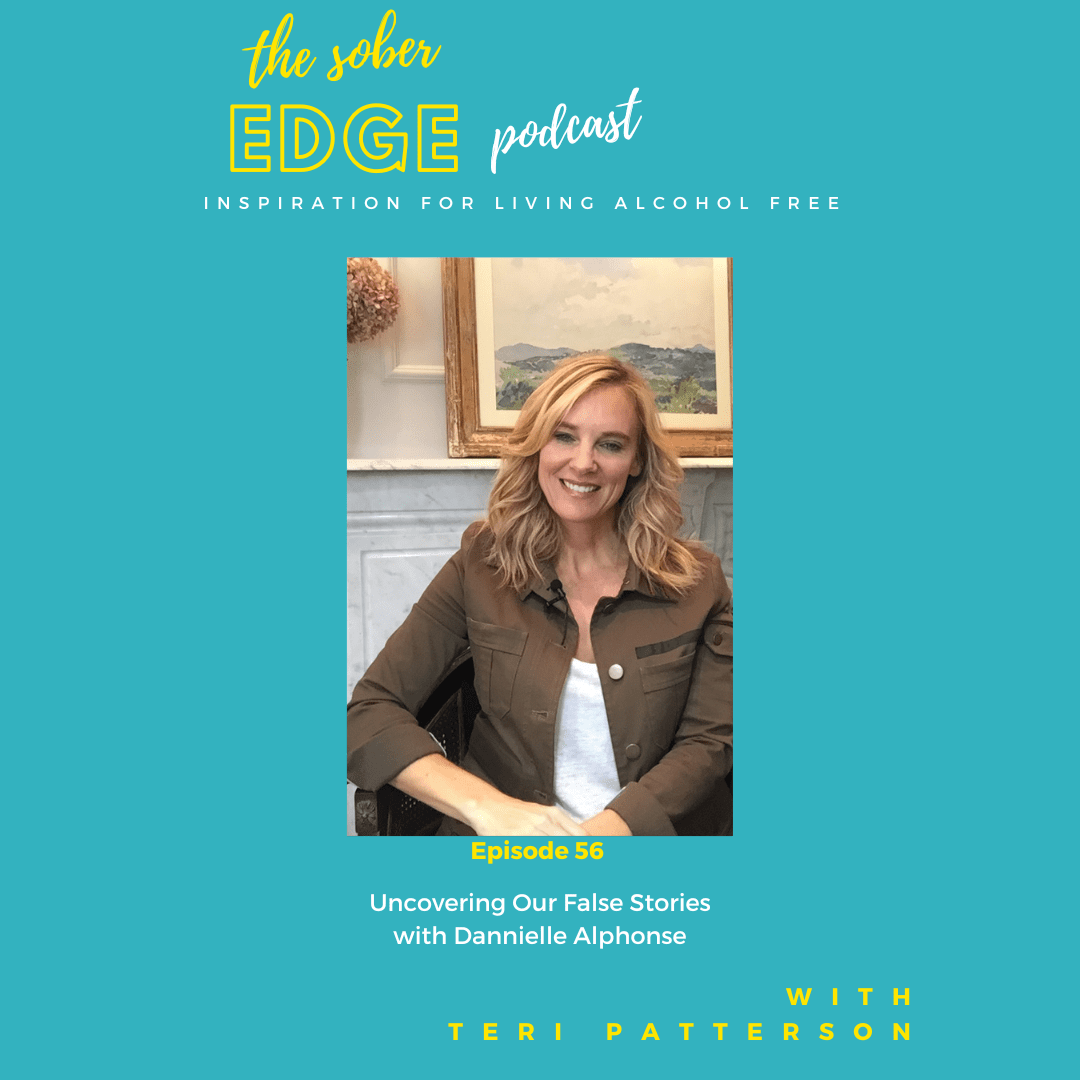 Dannielle is a former client and a current friend! She is the first person that I coached who was on the 'other side of drinking' and she is part of the inspiration for my new SELF program. Dannielle shares her journey to uncovering the false stories and exchanging... 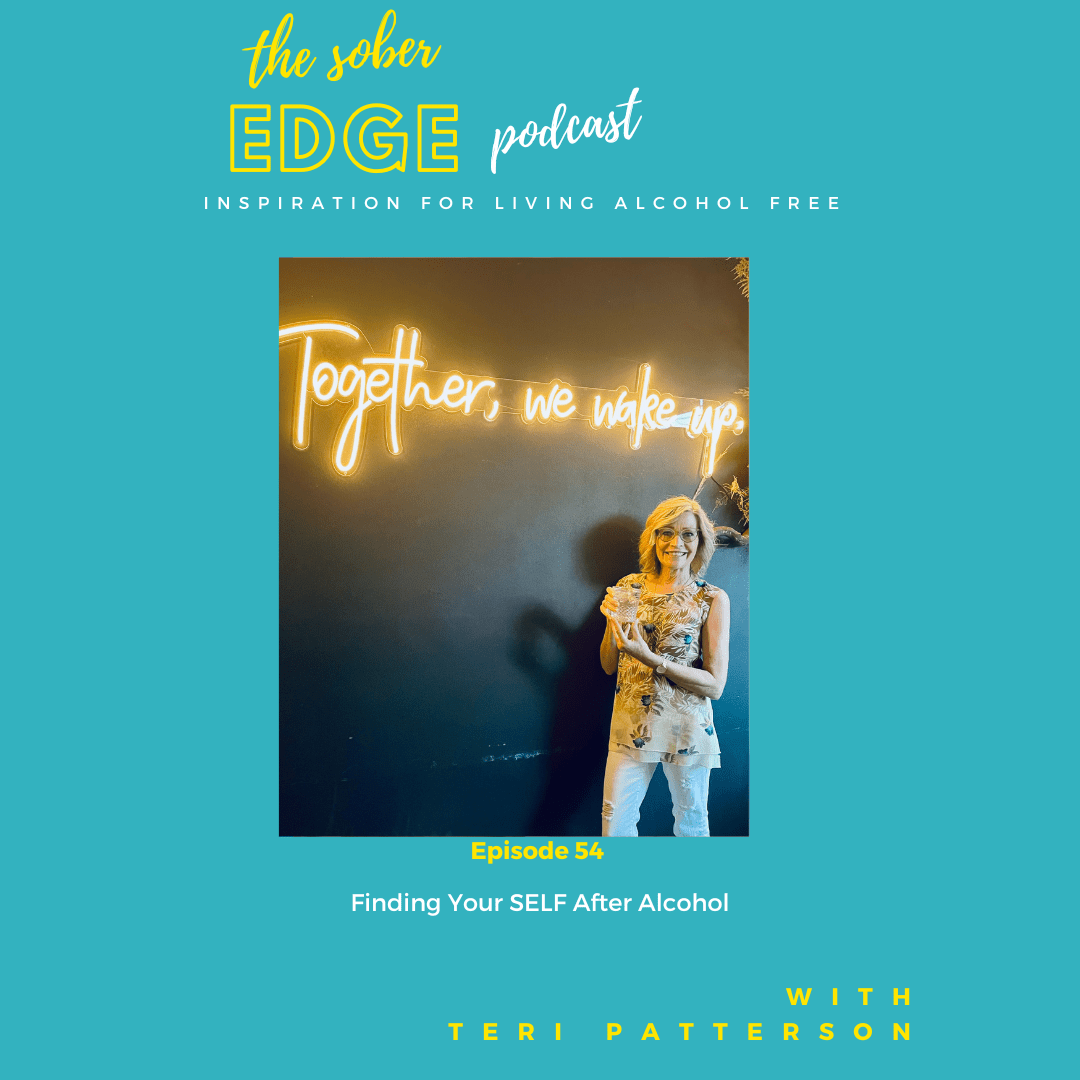 Episode 54: Finding Your SELF After Alcohol

This episode is inspired by all of you! And, it’s an episode that is very near and dear to my heart because I love to talk about the ‘after alcohol’ part of this journey. My own path was forged by exploring what is possible on the other side, this podcast was created... 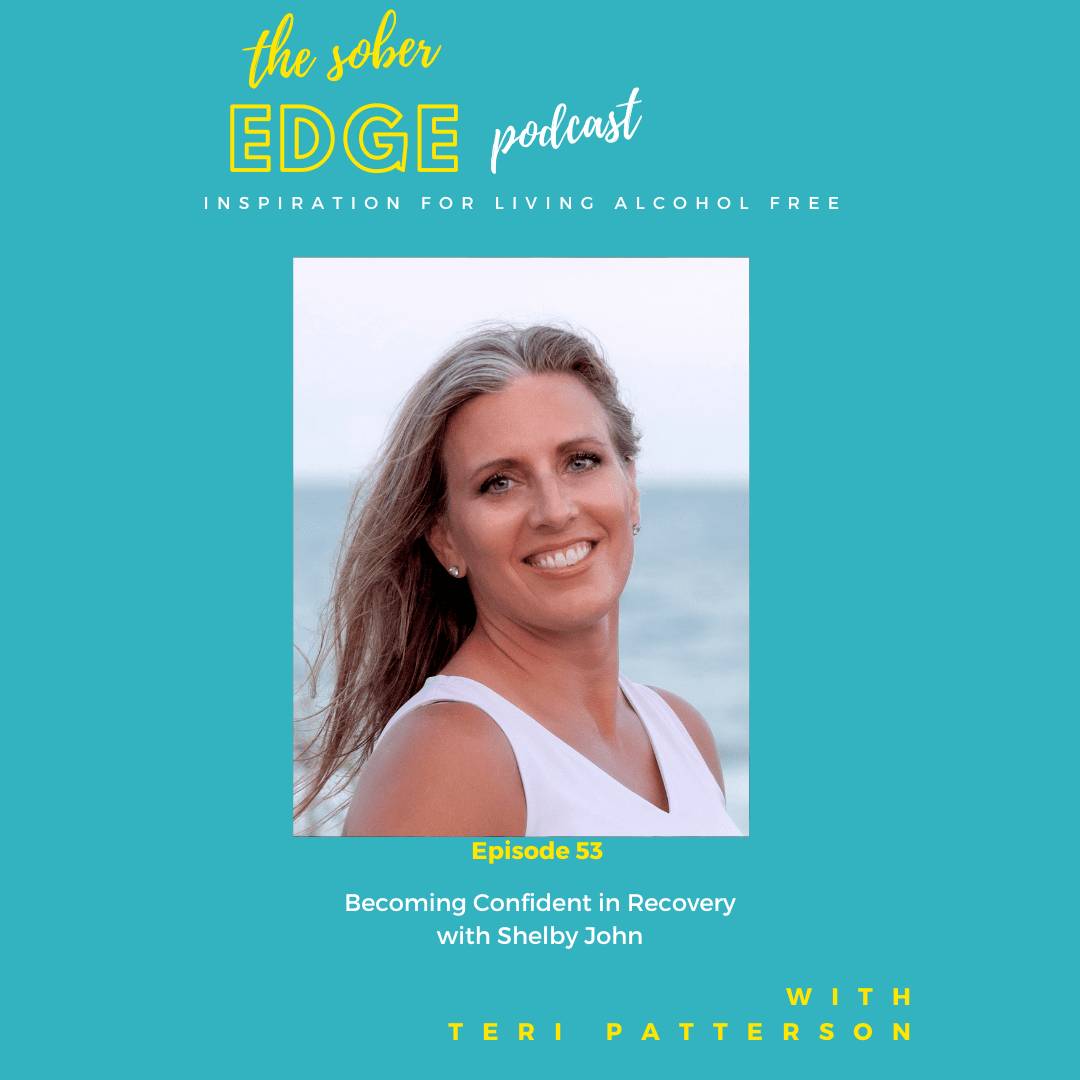 Shelby John is a therapist, life coach and mom of 3 who specializes in helping women gain confidence after sobriety. This is an important conversation about an important topic. The many women I coach both in a group and individually are often looking for a way... 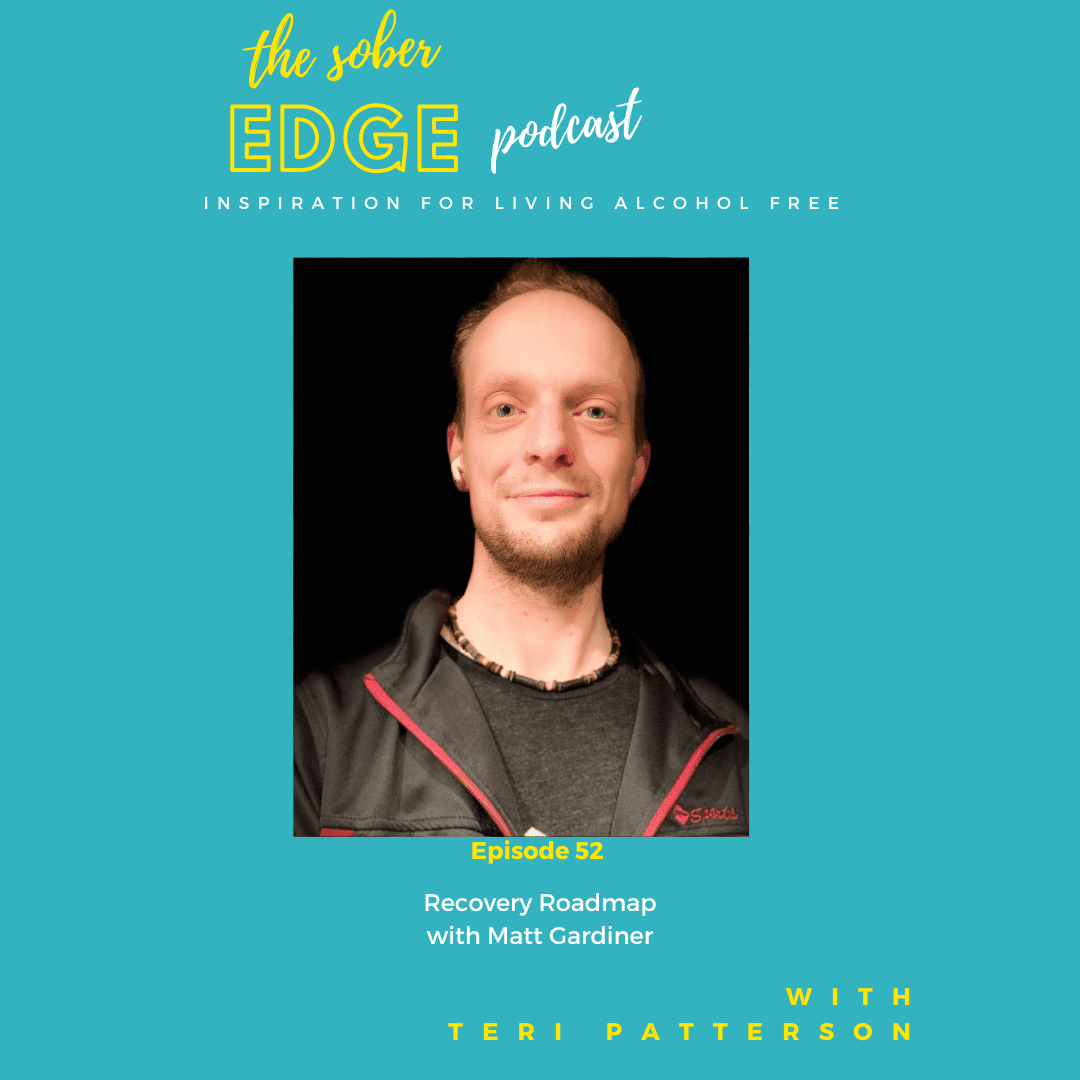 Today I am delighted to introduce you to a new friend, Matt Gardiner. The work of becoming alcohol-free and staying alcohol-free looks different for everyone. For many, spiritual work plays a big part. Matt has a background and training in the healing modalities of...